Imagine a web-based taxi company where the drivers are the co-owners, a company that automatically distributes its increasing profits to its drivers. Or imagine a delivery platform that pays its couriers higher wages as it gets more popular.

Unfortunately, the driving forces behind the growing gig economy, companies such as Uber and DoorDash, do exactly the opposite.

The growth of the gig economy is a huge concern for governments and policymakers worldwide. Technological innovation is a crucial part of every modern economy, but the companies that have created the gig economy consistently exploit the rights of their workers and users. The examples are numerous: Uber drivers having to work 60 hours a week to earn the minimum wage, startups not contributing to retirement. The list goes on.

There is a solution to this problem and it does not lie in stricter regulation. Traditional regulatory approaches for old-fashioned companies don’t work well for borderless digital platforms. It lies in creating a regulatory framework for a viable alternative: digital cooperatives. Co-ops are usually associated with agriculture or banks, but the digital platforms of the internet economy – social networks, takeaway delivery, holiday rentals and taxi platforms – actually are the embodiment of cooperative work. The cooperative efforts of the contributors and customers of these platforms create the real value – the platforms themselves only coordinate the efforts.

The technology that would enable the creation of digital cooperatives is blockchain. Bitcoin (BTC), the digital currency, has become the most prominent example of blockchain technology. But there are many more uses for it. The keyword is tokenization. Tokenization is the creation of a new digital currency – or tokens – that serves as the exclusive payment mechanism for these digital cooperatives.

Let’s take the example of Uber. This web platform has been establishing footholds in many countries by initially subsidizing taxi rides. These cheap rides create demand from passengers, which leads to drivers joining. But as more drivers join, competition increases. Uber can then force its drivers to accept less pay and increase its margins. The beneficiaries of this race to the bottom are Uber’s investors and shareholders.

If Uber, or a company like it, was a tokenized digital cooperative then the dynamics would change dramatically. The drivers of this cooperative taxi platform would be paid in its own currency, which would easily be exchanged for dollars or euros. Because a limited total amount of these tokens would be created, their value will increase as the popularity of the service grows. This would attract more drivers, which will lead to more customers and another increase in demand and value for the tokens.

This digital cooperative model has a lot of benefits for other sectors of the digital economy as well. Think of a social network, like Facebook, but one that pays its users for selling their data to advertisers. A network of users are also members and have a say in the governance of it.

Tokenized digital cooperatives will help people cooperate because everybody involved will benefit. Pooling resources, sharing equipment or new kinds of pension and insurance schemes are a possibility as well. All transactions will be entered into a blockchain and can, therefore, be verified. Blockchain-based co-ops can help governments create an economy of inclusion and re-write the social contract for the 21st century.

A clear regulatory framework is needed for this to happen. The way these digital co-ops and their tokens can be created needs to be enshrined in law. Expanding current cooperative law by including digital co-ops and the creation of tokens, plus tokenized owner and membership, could be a good way forward. Regulators have been wary of the dark sides of bitcoin, which has slowed innovation in token-based business models.

A clear legal status for digital co-ops would allow cutting-edge technology to use market mechanisms to solve one of the bigger issues of our times: the shift to a digital economy that harms many workers. Tokenized digital cooperatives also provide the possibility for investors to support startups with capital in exchange for a certain number of the tokens created. This way, they will become part of the inclusive economy and no longer need to gain wealth on the backs of customers or workers.

This article was originally published on Coindesk. 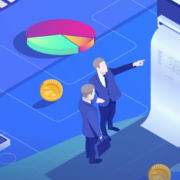 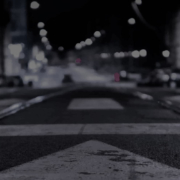 These cookies are strictly necessary to provide you with services available through our website and to use some of its features.

Because these cookies are strictly necessary to deliver the website, you cannot refuse them without impacting how our site functions. You can block or delete them by changing your browser settings and force blocking all cookies on this website.